Cyberattacks on businesses increased in 2021

Regardless of their sector, size, and age, businesses can enjoy a competitive edge over their rivals thanks to the internet and its many tools, but it also brings cyber threats in many forms. With technological advancements, cybercriminals are also becoming more skilled at finding holes and cracks in organizations’ security systems and can gain access to essential data, posing a significant cybersecurity threat. According to a survey cyberattacks in 2021 were increased by 50% in comparison to 2020.

Cyberattack is a technical term for unauthorized access of confidential data or alteration of IT infrastructures.

What are the implications of cyber attacks for a business?

The implications of cyber attacks for a business are many, and some of the prominent ones are mentioned below –

Every year, countless cyberattacks take place all over the globe. The following sections are a summary of three prominent cyberattacks in 2021.

Cybercriminal group DarkSide gained access to Colonial Pipeline’s systems and then went ahead to shut down a fuel supply line that feeds the East Coast.

They demanded a ransom of $4.4 million, which was quickly met by the Colonial Pipeline’s CEO.

The implications of the attack –

How was this attack carried out?

Another major cyberattack in 2021 was the one carried out at Kaseya by REvil as it came with a $70 million ransom.

The attack took place before the onset of the 4th of July holiday weekend.

The attack came in two phases.

The first phase of the attack consisted of the cybercriminals exploiting a zero-day vulnerability in Kaseya VSA software. This allowed the criminals to have unabated access to Kaseya’s VSA servers.

After deploying the ransomware, REvil demanded a $70 million ransom from Kaseya.

Implications of the attack –

The experts at Kaseya estimate that the attack affected less than sixty of its customers.

The number of affected organizations was in the 800 – 1,500 range to put that into perspective.

The affected organizations were a few schools in New Zealand, a Swedish grocery store chain, and hundreds of SMEs!

Back in April 2021, REvil – the ransomware-as-a-service group from Russia launched an attack at Quanta – a dedicated supplier to Apple Inc. The attack came with a $50 million ransom.

According to the reports put forward by IBM X-Force, it is estimated that REvil has made at least $123 million as profits during the 2020 fiscal year after it stole more than 21 terabytes of data from various sources and put it up for sale in the deep web.

The implications of the attack are as follows –

Cyberattacks are not always targeted towards prominent brands and established businesses. Small to medium-scale enterprises can also fall prey to cyberattacks. The solution is simple – one must make sure that their business is backed by a revered cybersecurity service provider.

Also Read: Six Tips to Keep Your Data Safe While Working From Home 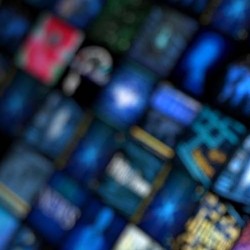 Six Tips to Keep Your Data Safe While Working From Home

What is Zerologon vulnerability? How to protect against its attacks?

10 CyberSecurity Tips In The COVID-19 Pandemic